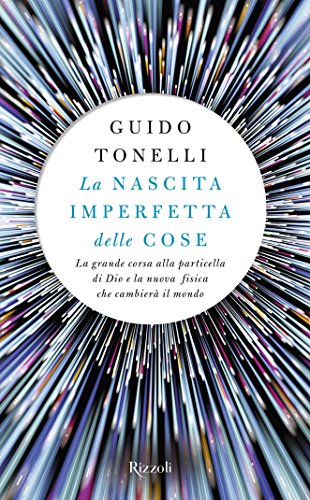 A suggestion to ease parking problems on the CERN site by allocating spaces didn’t go down well in 1965. Possibly the priority given to senior staff, and remarks about the benefits of an invigorating walk, gave offence. In any case, an alternative was proposed:

‘May I suggest instead that “senior administrators, division leaders" and the like, be provided with sedan-chairs or palanquins, in which they could be transported swiftly and effortlessly from corner to corner of the site. Other members of the staff would of course function as bearers. This would not only provide them with invigorating exercise, but also inculcate a due sense of their social position.’

A worried prospective bearer suggested motor scooters, as used by nuns on the wards of an Illinois hospital, instead. To prevent congestion indoors, use of the corridors could be limited to senior staff. Other people would get from office to office via the window ledges, not only enjoying healthful exercise but also freeing up more parking spaces as staffing levels gradually decreased when they fell off. The suggestion does not seem to have been adopted, but remains on file.

Wolfgang Pauli is seen here with his former teacher Arnold Sommerfeld attending a conference on the electron theory of metals in Geneva, 15–18 October 1934. The conference proceedings don’t mention any leisure activities, but these included a cable car trip up the nearby Salève mountain to enjoy views of Geneva town, the lake and the Alps. The Salève is in France and Sommerfeld had no French visa, so conference organiser Jean Weiglé obligingly smuggled him up to join the others in his car.

Official 25th anniversary celebrations were held on 25 June, but the fun and games happened on CERN’s real birthday, 29 September. As well as sports, sideshows, films, and Genevan Pipes and Drums, there was Happy Birthday, CERN, written and recorded for the occasion at Fermilab.

may your future be greater,

And the budget imposing for your

May your staff be effective and

your beams full of pep,

May you gain your objective of

If you can bear to read more, scroll down to page four here - and take a look at one of one of the star attractions at the same time: the Fire Brigade’s 20-metre rescue chute.

World Scientific is going to present its publications for 2 days near Restaurant 1.

Springer is going to present its publications for 2 days near Restaurant 1.

CERN, the European Laboratory for particle physics, regularly makes the news. What kind of research happens at this international laboratory and how does it impact people's daily lives? Why is the discovery of the Higgs boson so important? Particle physics describes all matter found on Earth, in stars and all galaxies but it also tries to go beyond what is known to describe dark matter, a form of matter five times more prevalent than the known, regular matter. How do we know this mysterious dark matter exists and is there a chance it will be discovered soon? About sixty countries contributed to the construction of the gigantic Large Hadron Collider (LHC) at CERN and its immense detectors. Dive in to discover how international teams of researchers work together to push scientific knowledge forward. Here is a book written for every person who wishes to learn a little more about particle physics, without requiring prior scientific knowledge. It starts from the basics to build a solid understanding of current research in particle physics. A good dose of curiosity is all one will need to discover a whole world that spans from the infinitesimally small and stretches to the infinitely large, and where imminent discoveries could mark the dawn of a huge revolution in the current conception of the material world.

El Universo en un puñado de átomos is a chronicle about the relationship between literature, arts, science and technology around HEP. As a novelist interested in public understanding of science, author started these diary of the journey into the atom in April of 1992 interviewing Leon Lederman at Fermilab, later he visited DESY and finally, since 1998, he came to CERN and did "lab life", sometimes spending several weeks, even months, at CERN. Every year since then he have been interviewing particle hunters as many as he could. So, this book is supported by their testimonies given formally and informally (at the kitchen in the hostel, in the corridors, in the restaurants). It is a book written by an eyewitness who enjoys this "coven" of scientific knowledge.

He tells the story of detectors and accelerators, rarely told in Spanish. It is a tribute to all of those trying to show us a version of a hidden reality.

The very same title has to do with Shakespeare´s play Hamlet. In Act II he replies to his comrades Rosencrantz and Guidenstern:
Ros. Why, then your ambition makes it one;
'tis too narrow for your mind.
Ham. O God! I could be bounded in a nut-
shell, and count myself a king of infinite space,
were it not that I have bad dreams.

Therefore, it is a very Shakespearean and Cervantine book, because they just wanted to relate a good story. And this is the purpose of this book: relate an exciting, peculiar story.

The author has a wide audience among young readers in Spanish. 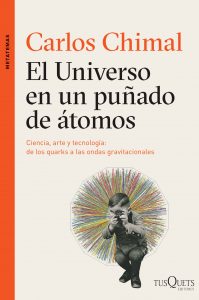 The CERN Workshop on Innovations in Scholarly Communication will be held at University of Geneva in June 21st-23rd 2017.