In 1960 CERN received a valuable gift: the scientific archives of Wolfgang Pauli. Following Pauli’s death in 1958, his widow Franca Pauli took charge of his scientific legacy. Helped by his former assistants Charles Enz and Victor Weisskopf, she sorted papers and tracked down originals or copies of his many letters.

This rich correspondence, covering groundbreaking ideas in physics and revealing Pauli’s broader philosophical interests, was bequeathed to CERN along with other documents, photos and a few objects, such as his pocket watch and baptismal cup. Mrs Pauli is shown here with two of the organization’s founding fathers, Francis Perrin and François de Rose, at the inauguration of CERN’s Pauli Memorial Room (Salle Pauli) on 14 June 1960 (see press release).

Most of the items in the Pauli Archive are available online here. 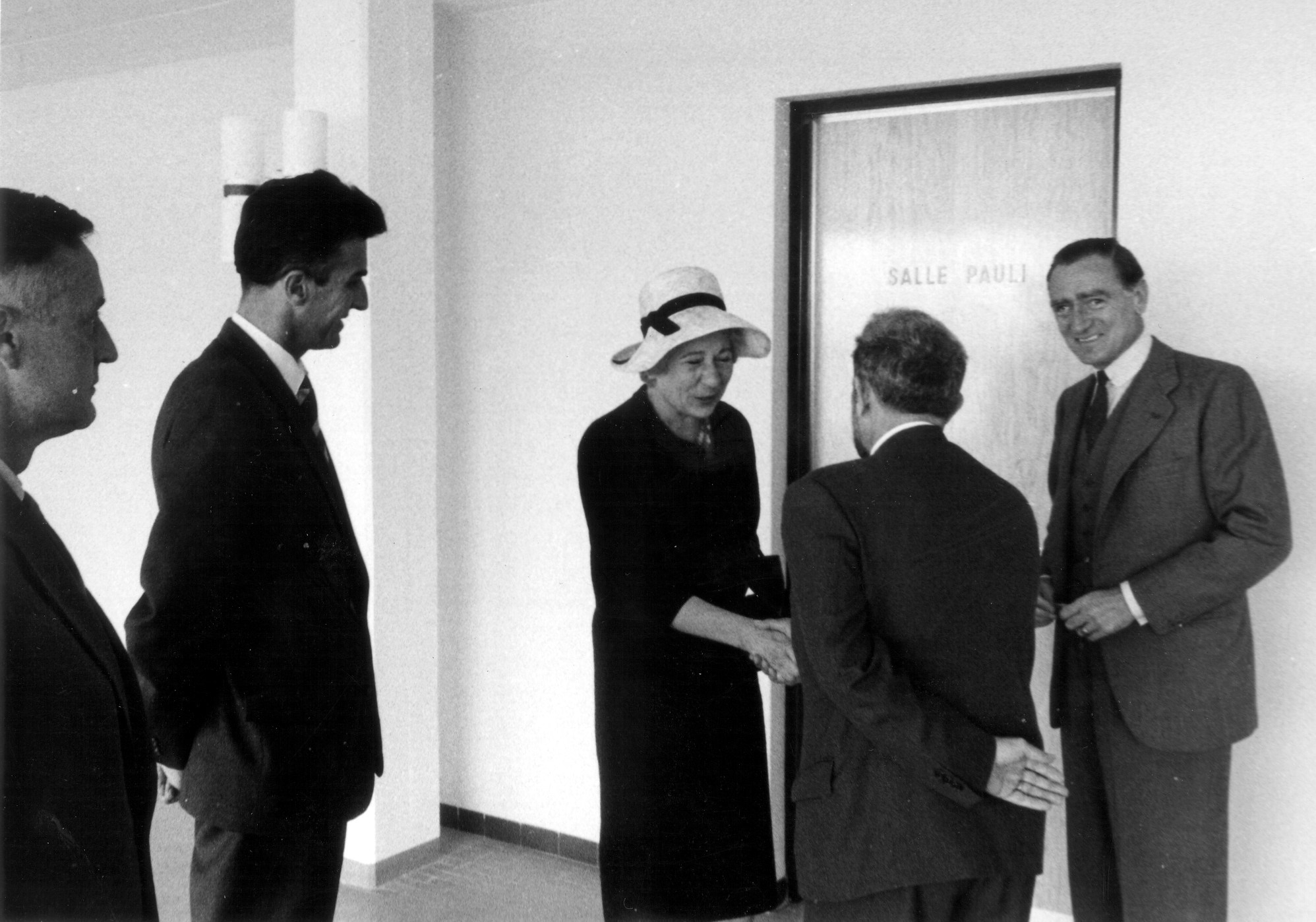